Gah, my busy weekend is finally over!
On to more Summerfest things. 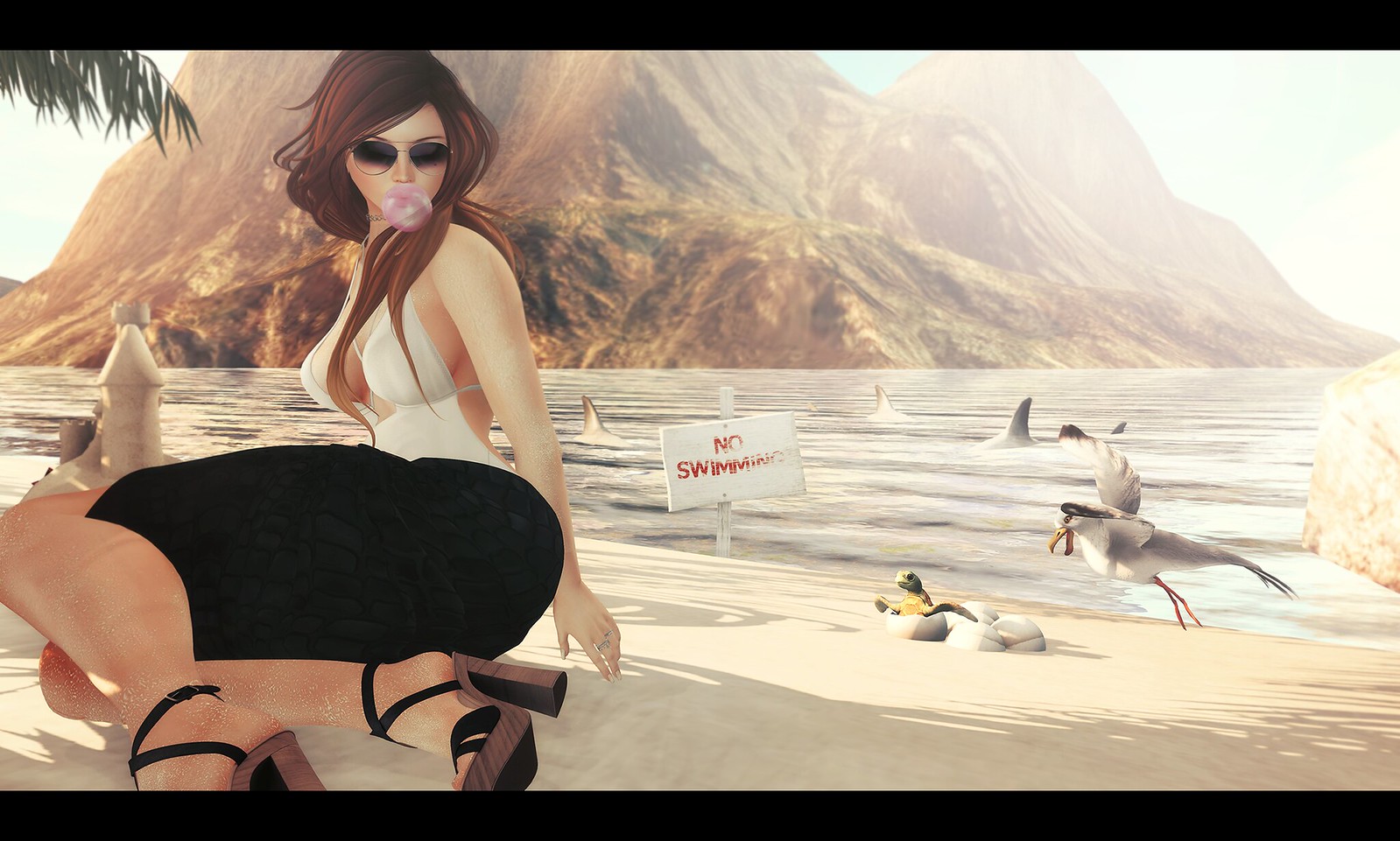 Pretty much all things shown can be found at this event (it’s awesome, go!) and no baby turtle was actually harmed 😛

Credits for all the things below ❤
END_OF_DOCUMENT_TOKEN_TO_BE_REPLACED

I seem to be acquiring quite a bit of beach wear lately…so I have noticed all my blogs have been beachy themed.
Perhaps I will wear something else eventually…. maybe.

Anyway –  *BOOM* recently released the  adorable Ariara bikini’s – equipped with giant bow for your front.. and your back 😛

I liked the “marshmallow” color combo which is the one I am wearing above.

I am also currently obsessed with the new “wet hair” releases from Argrace, I am wearing one of them in my photo but there is also a shorter style/male style too.

It’s a holiday weekend for me so I will not be around much due to some real things, but I will be back soon ❤