If you have not heard already, Glam Affair has updated their mainstore build as well as went on a mega release spree. So many new things! The biggest I think is the updated bodies/tones as it’s basically an entire new body.

I wanted to highlight some of the releases today, but since I am a Lelutka girl, I will only be showing my favorite new appliers for the Lelutka head (4 out of the 7 new ones, these are the ones that worked with my shape/head) : 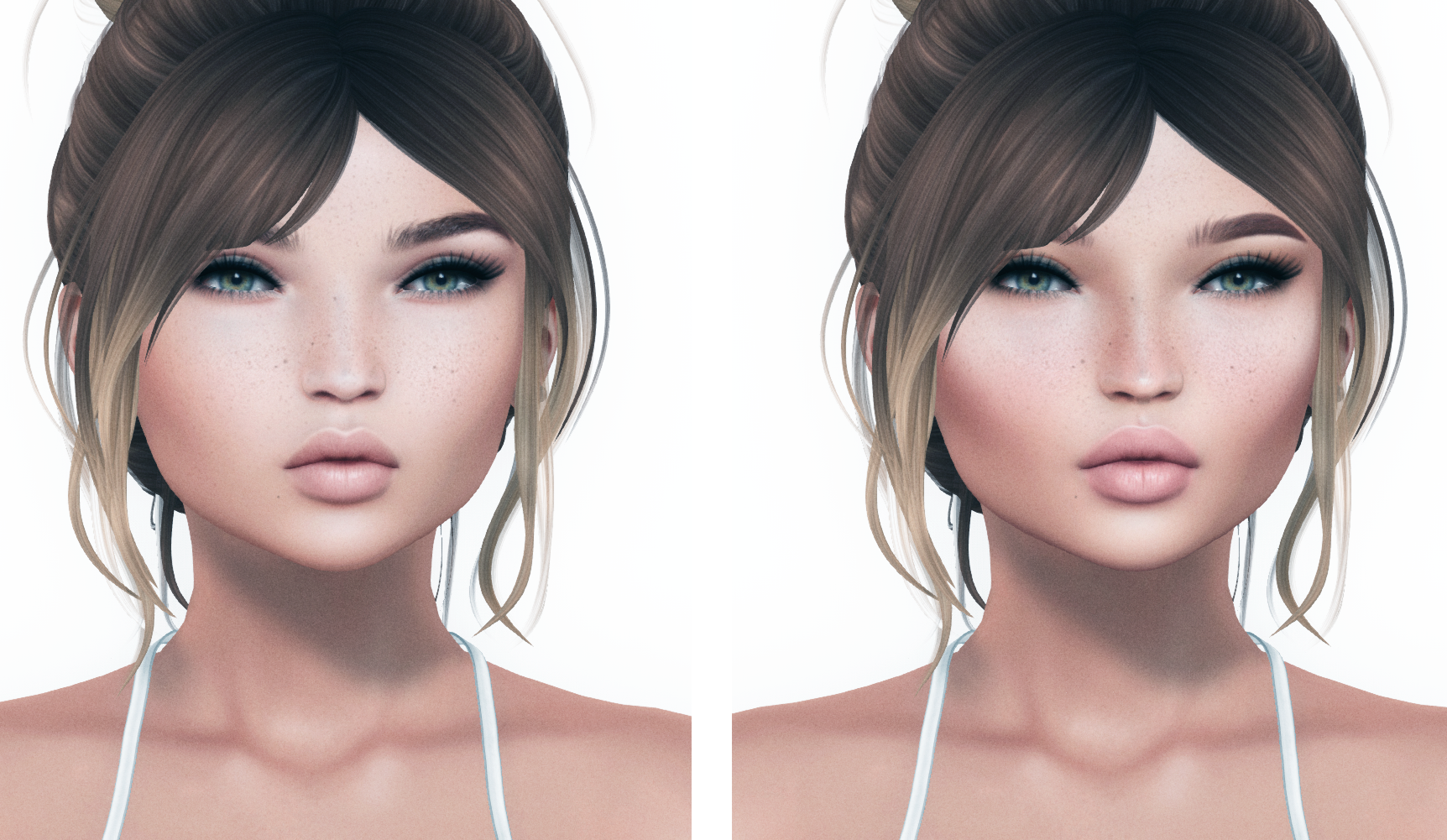 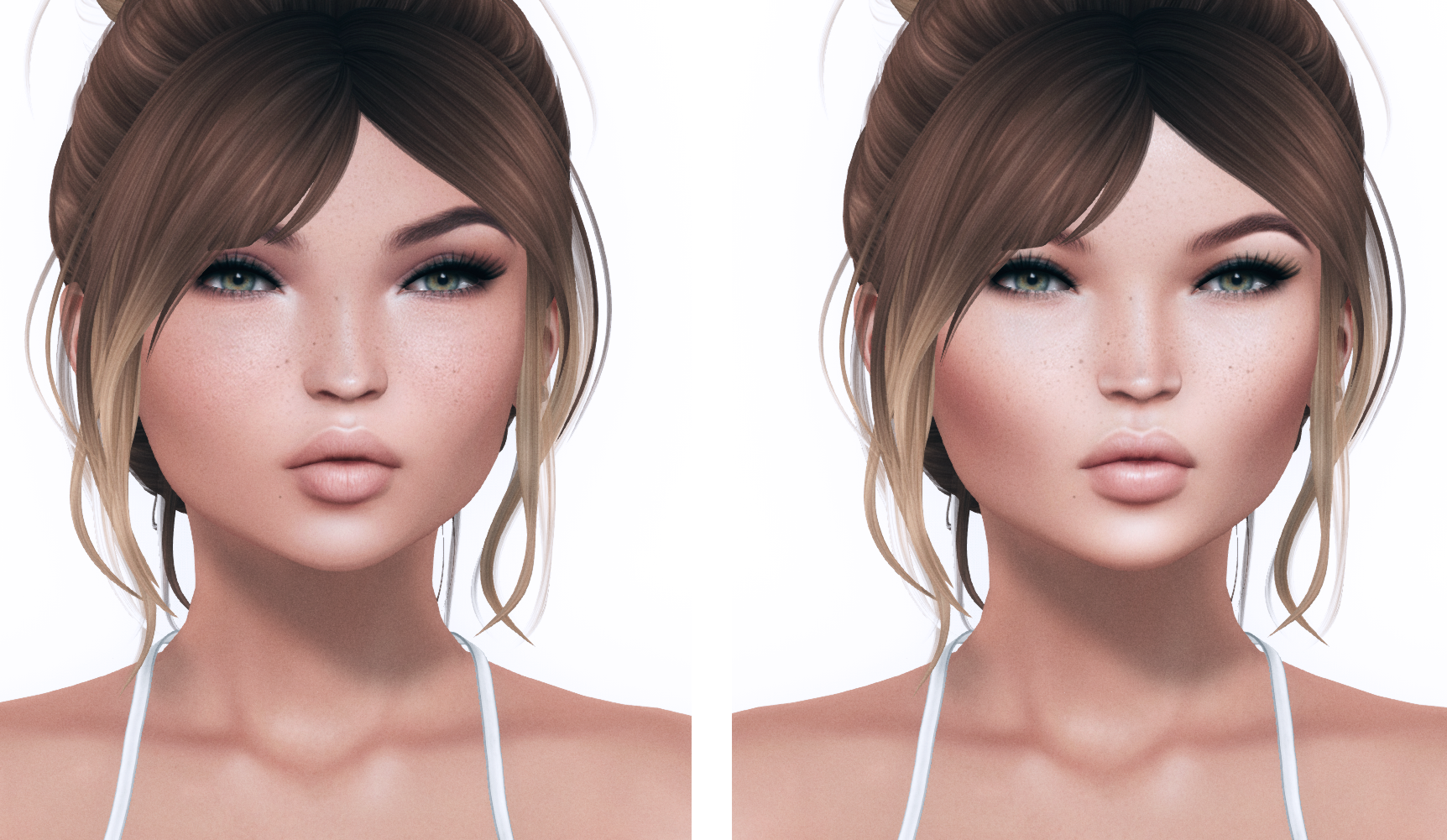 Not to worry though Catwa lovers, there were also 5 skins released for Catwa as well as 2 for Genus.
You can find all the information below (which I quoted from Aida’s Flickr) :

” In store you will now find 12 new body appliers for Maitreya, Belleza and Slink, our body is now more glamorous and detailed than ever.

Each body applier hud now includes the following options: normal, small breasts, cleavage and each of them also comes in a freckled version. And that doesn’t even begin to cover it all as we have:
7 new faces for LeLutka: Sheila, Rachel, Amara, Martyna, Giada, Gwen and Vivian.
For Catwa there’s also 5 new faces to choose from: Adeline, Cherry, Jenny, Masha and Kira
We have also created two appliers for Genus heads, Milly and Charlie.

For both Catwa and LeLutka you will find eyeshadow and lipstick sets, eyebrow options and lashes!
All new Glam Affair releases from now on will come in the new skintones. “

I took my own pictures to show all the new options though and you can see them all below as well as the new updated HUDs for the skins and makeups: 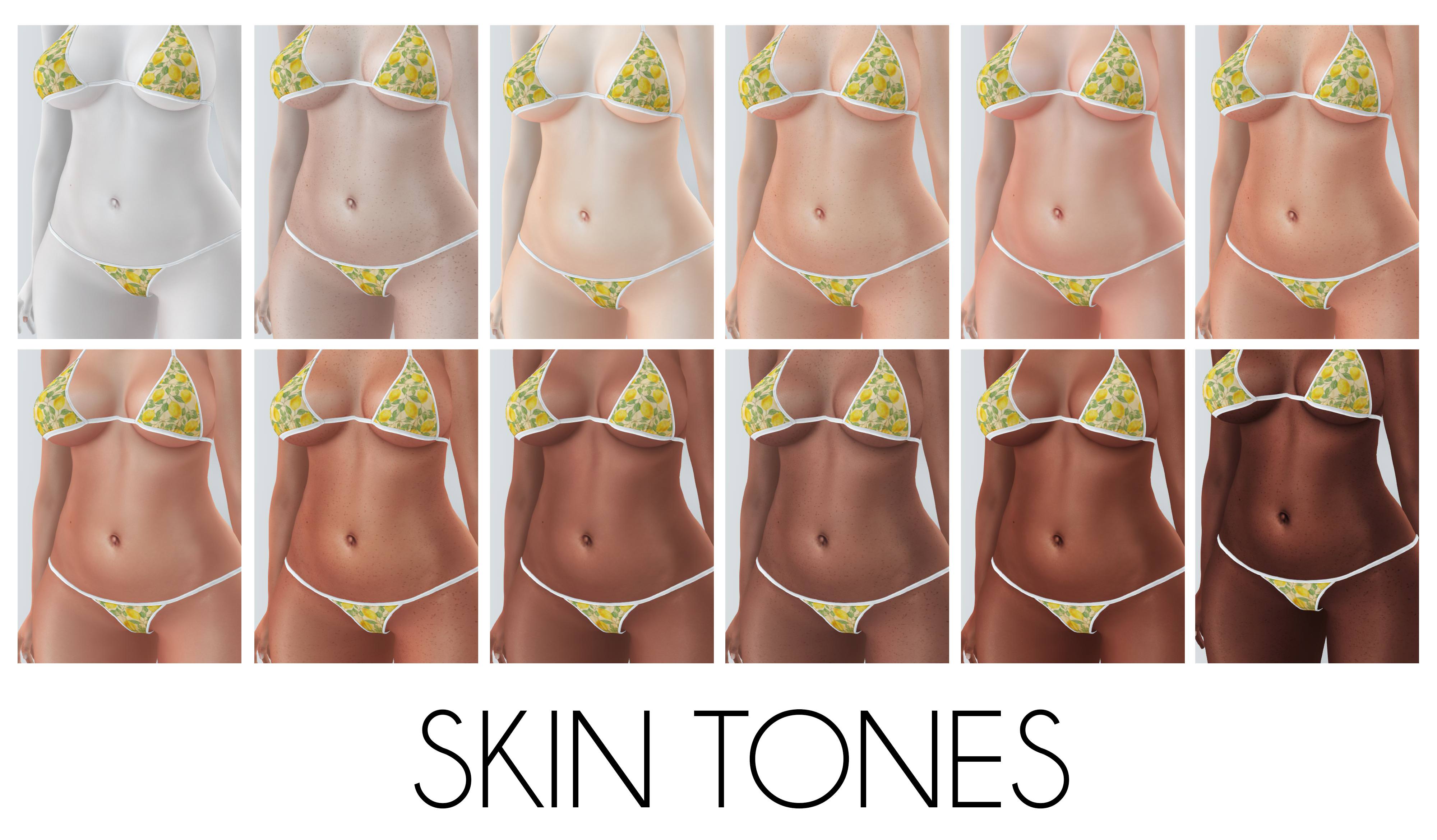 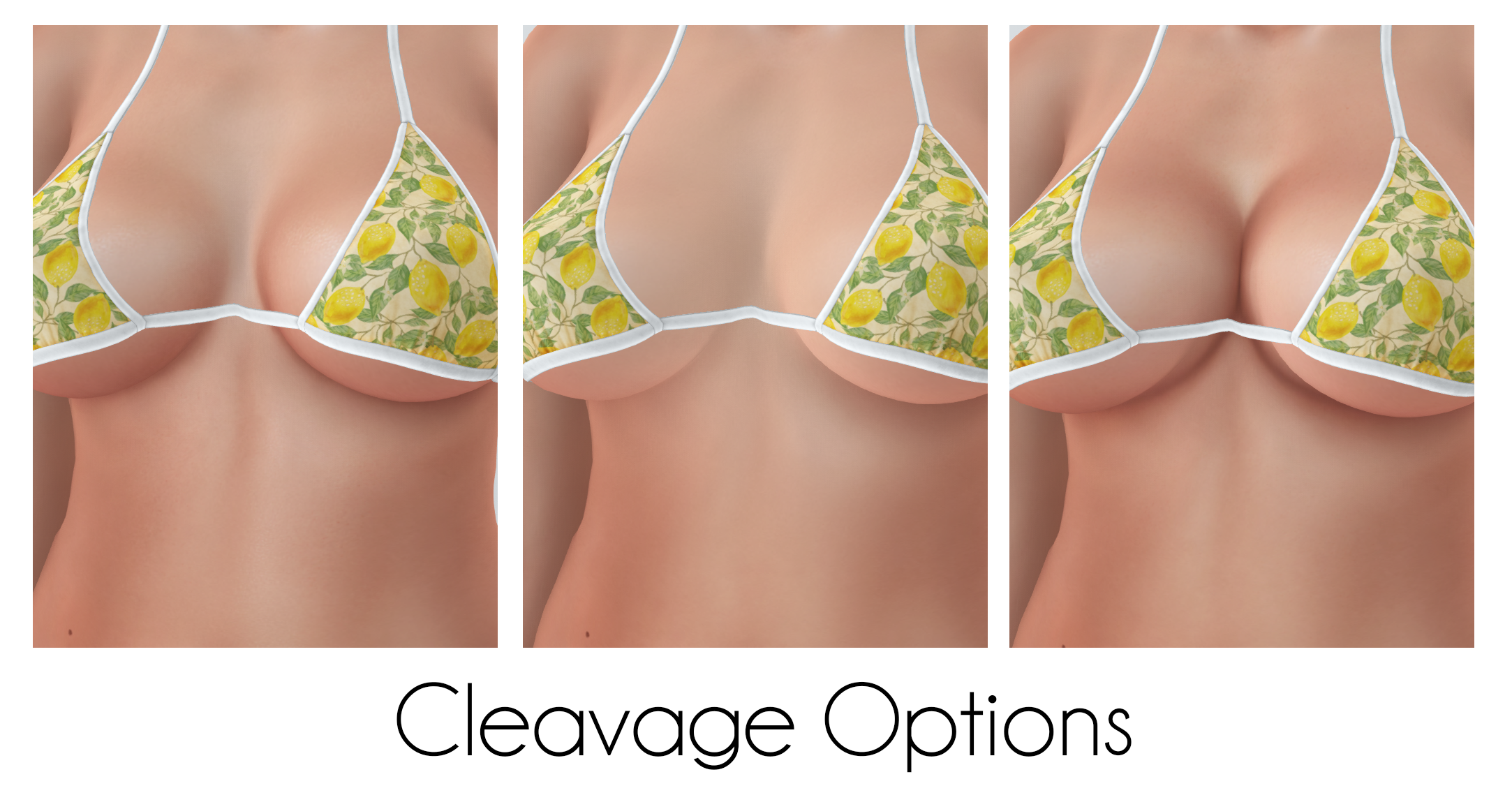 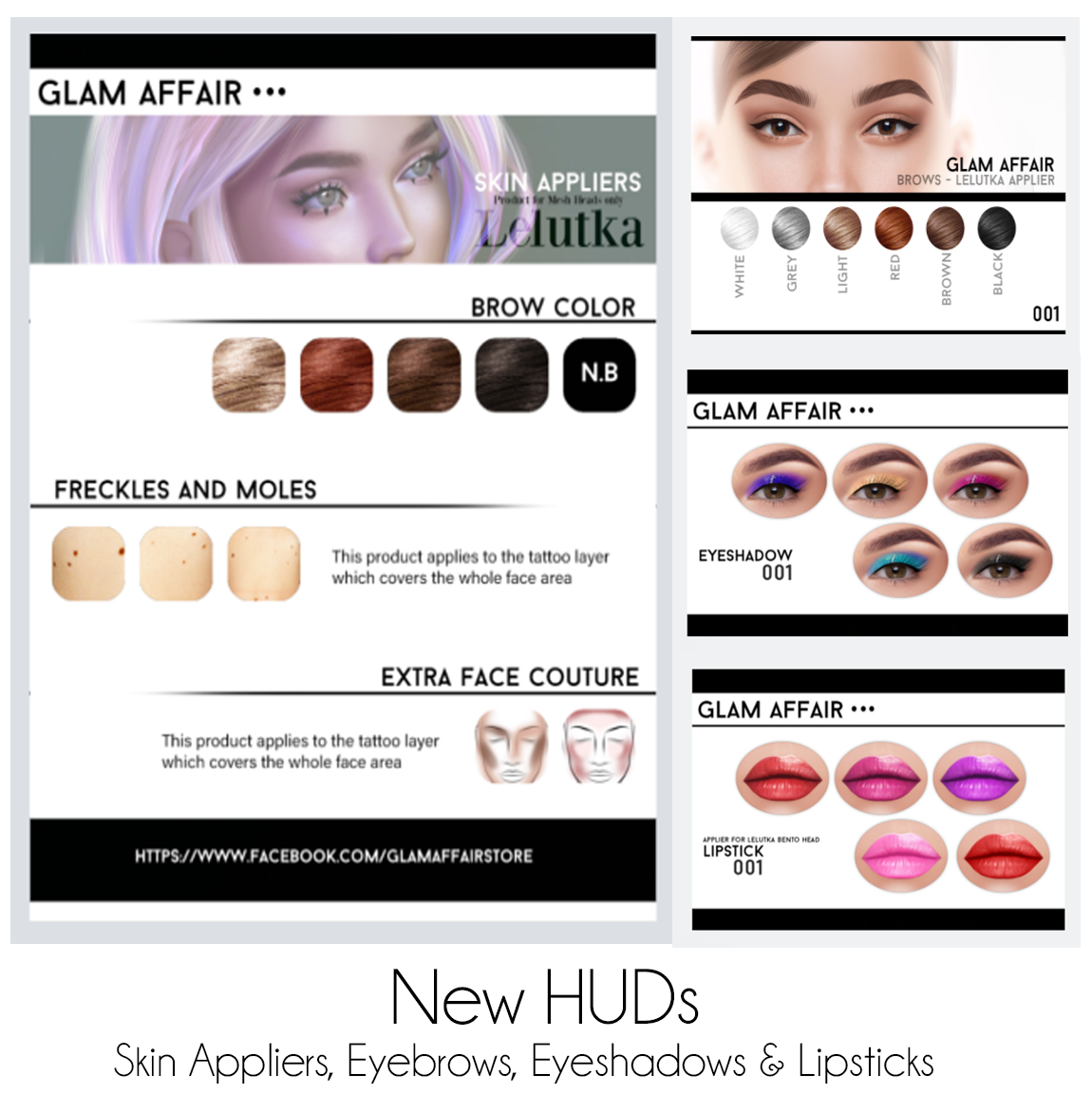 Be sure to go visit Glam Affair!

Things I am wearing: