Cutie Moon Fair opens on April 1st ( April is such a busy month for events! ) and the fair is Sailor Moon inspired.
I will be the first to admit I am not a huge Sailor Moon fan but I will play around with the items (as I have in the past with other events) simply because they are cute. I just have never watched the show 😡

ANYWAY – Glam Affair has a new skin for Cutie Moon Fair and its name is Brandi! 😀

The skin comes in 4 skin tones – Artic, Asia, America and Jamaica and 6 base make-ups per tone:

In addition to the make-ups there are add-on layers which include 12 lipsticks, 2 lip options and 2 noses. There are also 13!!!! different eyebrow colors and a no brow option ( so 14 brows total ) this includes pastel brows which are always a nice addition.

Mish Mish made my cute accessories above ( the laptop and necklace/phone ) and I LOVE the laptop. It has a typing animation so when you type it looks like you are typing into the laptop. There are both open and closed version as you can see above. On the phone you can click the circle and cycle different images as well as change the colors of the phone and straps via a HUD.

I have one more sneak peek to post later from Tableau Vivant, so I will likely be posting again later today!

On to the details for now: 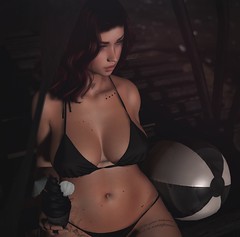